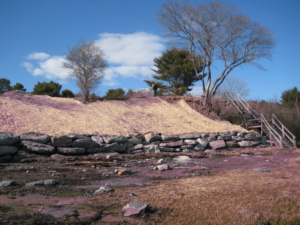 Casco Bay is changing rapidly—with warmer and more acidic waters, a changing mix of species, more intense storms and changes in land use around the watershed. Through a collaborative process, the Casco Bay Estuary Partnership in 2015 invited public input in developing priority actions to help protect the Bay in the future. The Casco Bay Plan (2016 – 2021) was developed in association with many partner organizations and agencies, and outlines goals, strategies and actions for the coming years.

Global climate change is likely to alter habitat characteristics (including temperature and precipitation), disrupting native species and opening habitats to invasion from non-native organisms. The increasing pace of development in southern Maine, coupled with a relatively small percentage of protected land, means there is a great need for actions to protect and restore the habitats that sustain plants, animals, and people.

Habitat conservation is one of five priority areas identified in the Casco Bay Plan, the document that guides the work of the Casco Bay Estuary Partnership. CBEP works to conserve habitat through both restoration and protection. 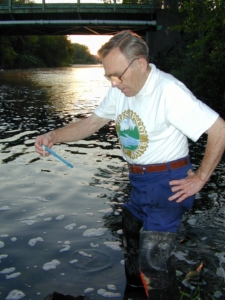 Goal 2 of the Plan is to “reduce nutrient pollution and its impacts, including coastal acidification.” While nutrients like nitrogen and phosphorus are essential for plant growth, elevated levels in coastal waters can result in consequences like algal blooms, dissolved oxygen and even fish kills. Excess nutrients also aggravate coastal acidification, which threatens shellfish and other marine organisms. Nutrient pollution is likely to increase in coming decades with population growth and changes in land use.

Nitrogen is often the nutrient of greatest concern for coastal waters. Nitrogen enters the Bay through urban and suburban runoff, wastewater treatment and Combined Sewer Overflows (CSOs), atmospheric deposition from smokestacks and tailpipes, and potentially from offshore waters.