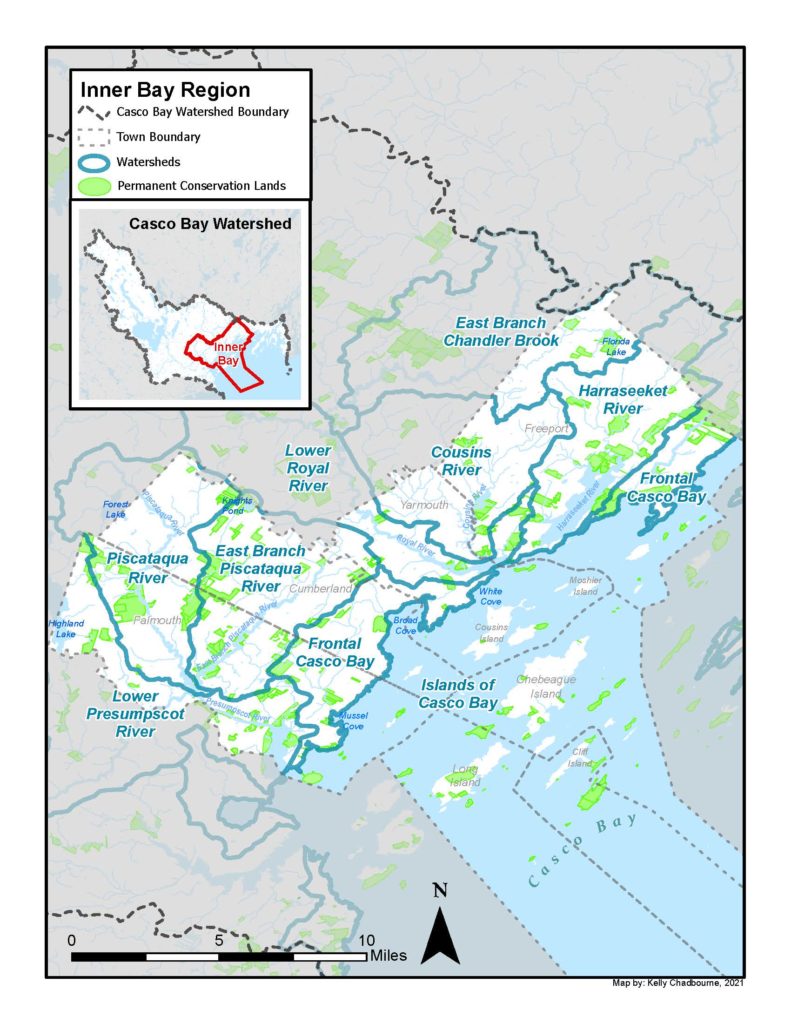 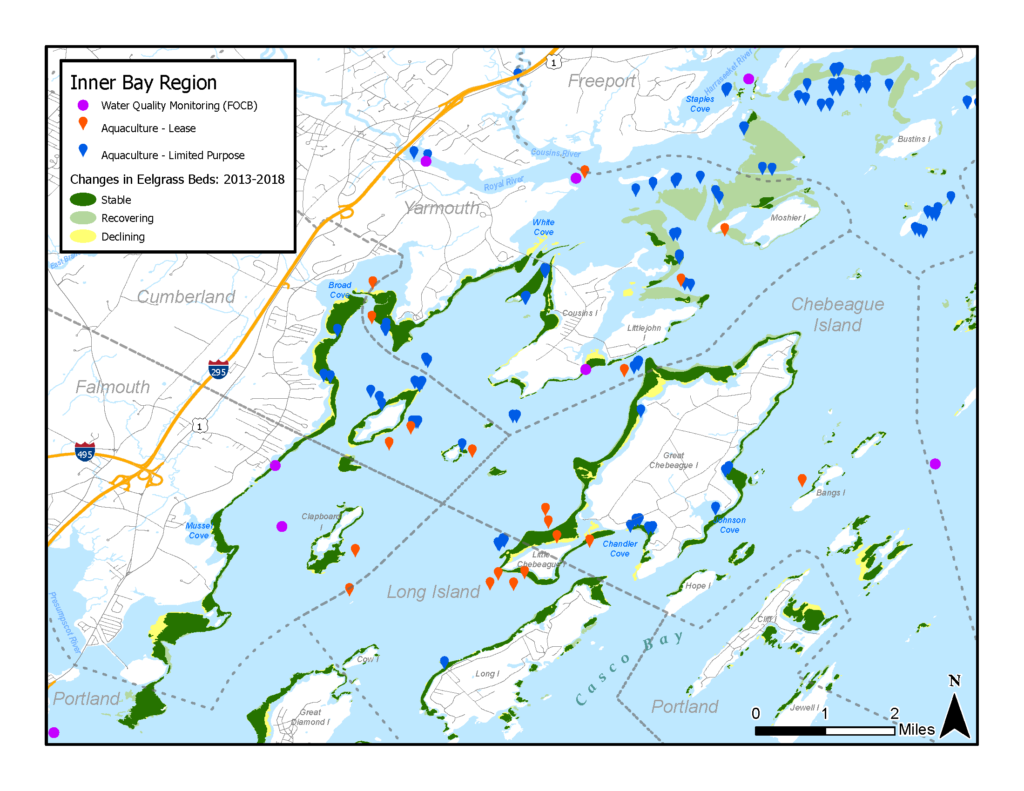 The Harraseeket River is a tidal embayment in South Freeport that receives water from several small brooks with their origins in Freeport and Brunswick.  Frost Gully and Mill Stream converge near Mast Landing, and Kelsey Brook empties into the Harraseeket from the northeast.  The Harraseeket, along with the Royal River estuary and Maquoit and Middle Bays, was designated as a Focus Area of Statewide Ecological Significance by Maine IFW due to its diverse habitat that supports a broad array of fish and wildlife. The Harraseeket contains contiguous tidal marsh along Frost Gully, and fringing marsh lines adjacent shores.  Several of the Harraseeket’s freshwater streams support sea-run rainbow smelt and other migratory fish, and the extensive mudflats support shellfish, waterfowl, and wading birds. Multiple protected lands provide public access to the Harraseeket including Winslow Park, Wolfe’s Neck State Park, and the Mast Landing Sanctuary.

This region includes parts of Falmouth, Cumberland, and Yarmouth. Cumberland Foreside is Cumberland’s coastal mainland area, where residents have public waterfront access at Broad Cove Reserve. The Reserve is a 22-acre property with nearly 11 acres of shoreline that was acquired by the Town of Cumberland in 2014. Falmouth Foreside is in the northern part of the Town of Falmouth. The Town Landing is at the end of Town Landing Road, which is off Foreside Road. It is the largest recreational anchorage/mooring field north of Marblehead, Massachusetts. There is a public beach and boat launch. The only direct freshwater stream in this region is Mill Creek, which drains much of the Route 1 corridor at Mussel Cove, and at one time supported rainbow smelt spawning (current status unknown). A fringing bed of eelgrass parallels the shoreline from Mackworth Island up to Broad Cove, where beds are more substantial and interspersed with shellfish-laden mudflats.

Mast Landing Audubon Sanctuary
Mast Landing is located along the Harraseeket River estuary and has more than three miles of trails. The sanctuary is managed by a local caretaker and Maine Audubon Headquarters.
(207)781-2330
mastlanding@maineaudubon.org
https://maineaudubon.org/find-us/mast-landing/