The Royal webpage contains the following: 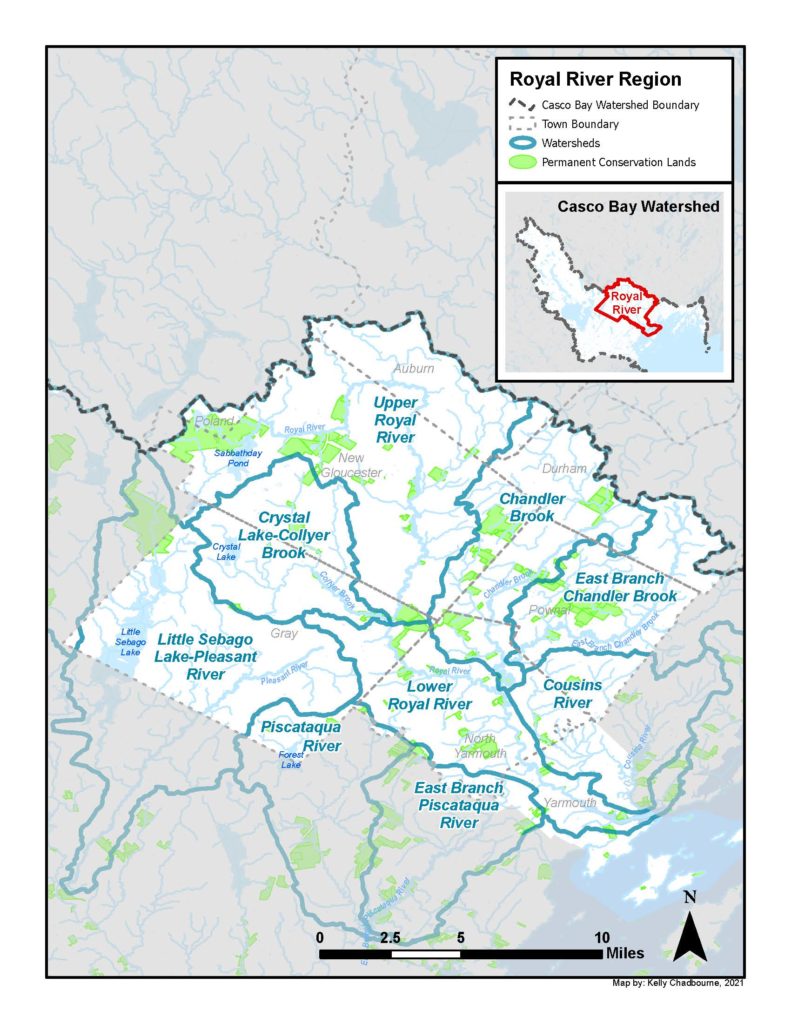 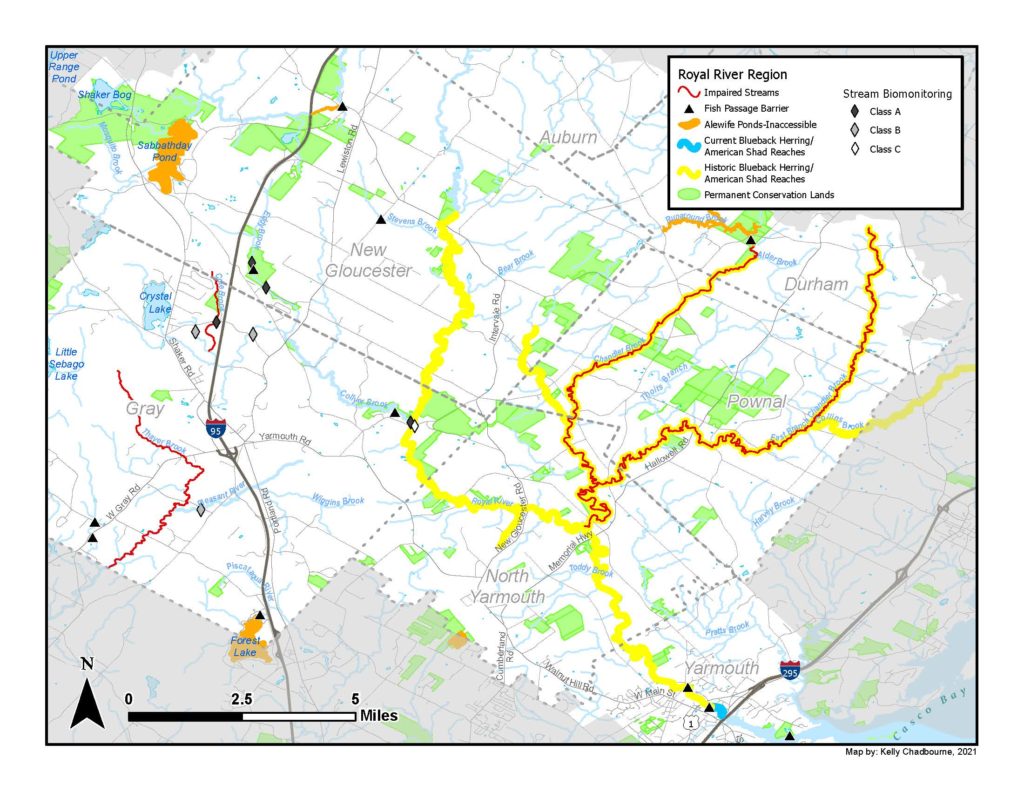 The Royal River is the second largest source of freshwater to Casco Bay, and flows nearly 26 miles from its source at the outlet of Sabbathday Lake in New Gloucester to its mouth in Casco Bay in Yarmouth. The Royal River watershed includes approximately 141 square miles of land in Auburn, Durham, Gray, New Gloucester, North Yarmouth, Pownal and Yarmouth. Historically, the Royal River was known to support Atlantic salmon, shad, and river herring runs in colonial times, but today access into the watershed for anadromous species is blocked by the presence of two dams in Yarmouth, the lowermost of which is located ½ mile from head of tide. The Royal River watershed includes Chandler Brook, Collyer Brook, Sabbathday Lake, Crystal Lake, and Runaround Pond, as well as numerous smaller tributaries and ponds.

The Cousins River, a separate drainage, converges with the Royal River in estuarine waters and includes the small freshwater tributaries of Pratts Brook, Harvey Brook, and Merrill Brook.  Roddings Creek also feeds into the estuary from the north.

The estuary complex formed by the confluence of the Royal and Cousins Rivers supports rainbow smelt spawning, and includes the largest contiguous tidal marsh complex in Casco Bay.  Abundant shellfish in local mudflats gave rise to the Yarmouth Clam Festival, which began in 1965. The Royal River estuary, along with the Harraseeket River and Maquoit and Middle Bays, was designated as a Focus Area of Statewide Ecological Significance by Maine Inland Fisheries and Wildlife (IFW) due to the diverse habitat that supports a broad array of fish and wildlife.