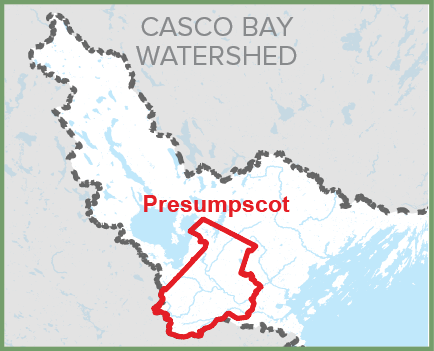 Every five years Casco Bay Estuary Partnership reports on the health of Casco Bay and its watershed. Based on the best available data, the State of Casco Bay report analyzes indicators of ecological changes in water quality, habitat, and more.

Presented here are key findings for the Presumpscot region. 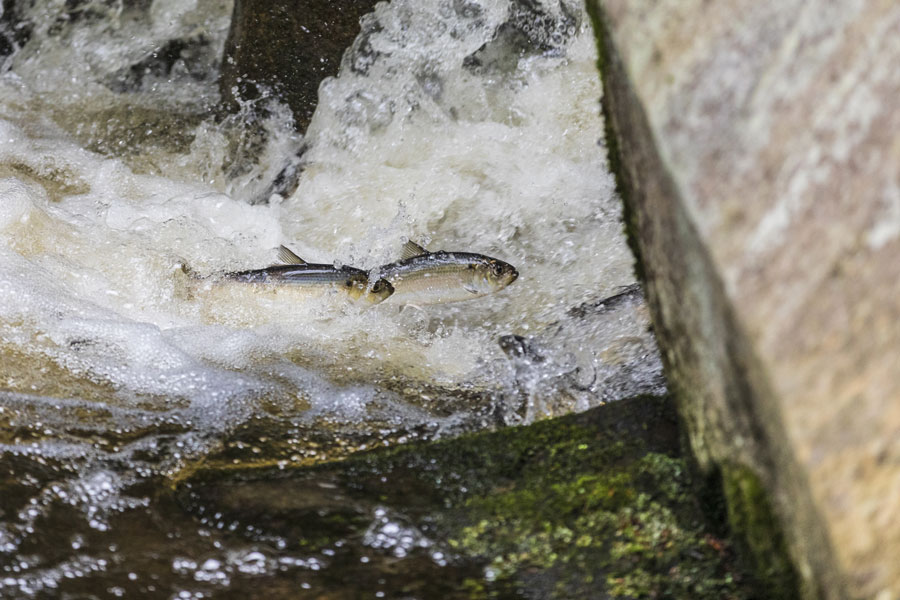 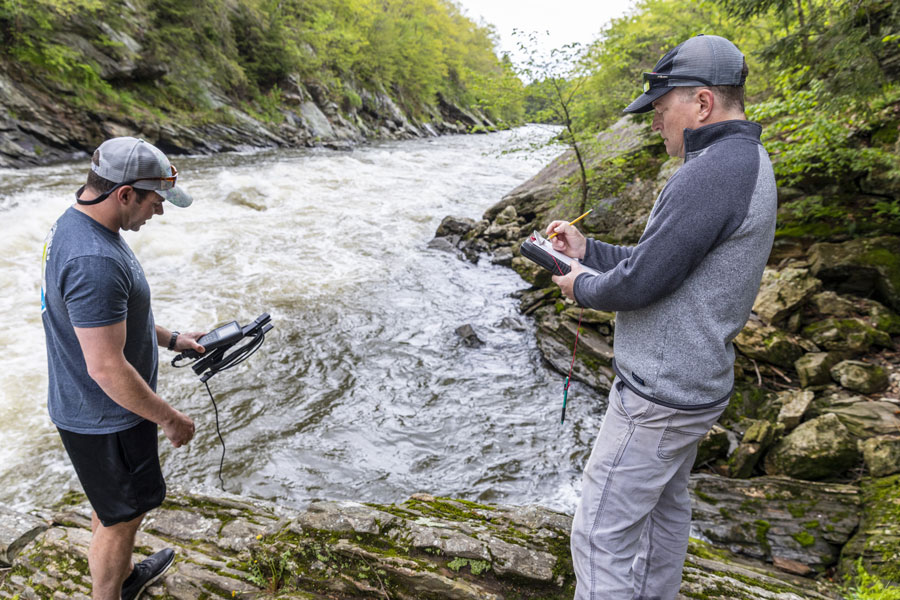 Indicator D: INLAND WATER QUALITY
Impaired waters are those that do not meet designated criteria specific to the waterbody’s assigned class. In the Presumpscot region, impairment is often attributed to water quality impacts associated with dams or agricultural practices. See map below.
View Findings

High levels of nutrients in aquatic ecosystems can sometimes fertilize excessive growth of algae. Estimated nitrogen loads from rivers and streams entering Casco Bay are about 440 metric tons per year. The Bay’s two largest tributaries, the Presumpscot and Royal Rivers, account for about two-thirds of that.

Indicator A: POPULATION & LAND USE

Communities in the Presumpscot region are experiencing some of the highest population growth rates in our area. Many environmental stressors affecting the Bay stem from changes in land use, particularly the conversion of undeveloped areas such as fields and forests to pavement and other impervious surfaces.
View Findings 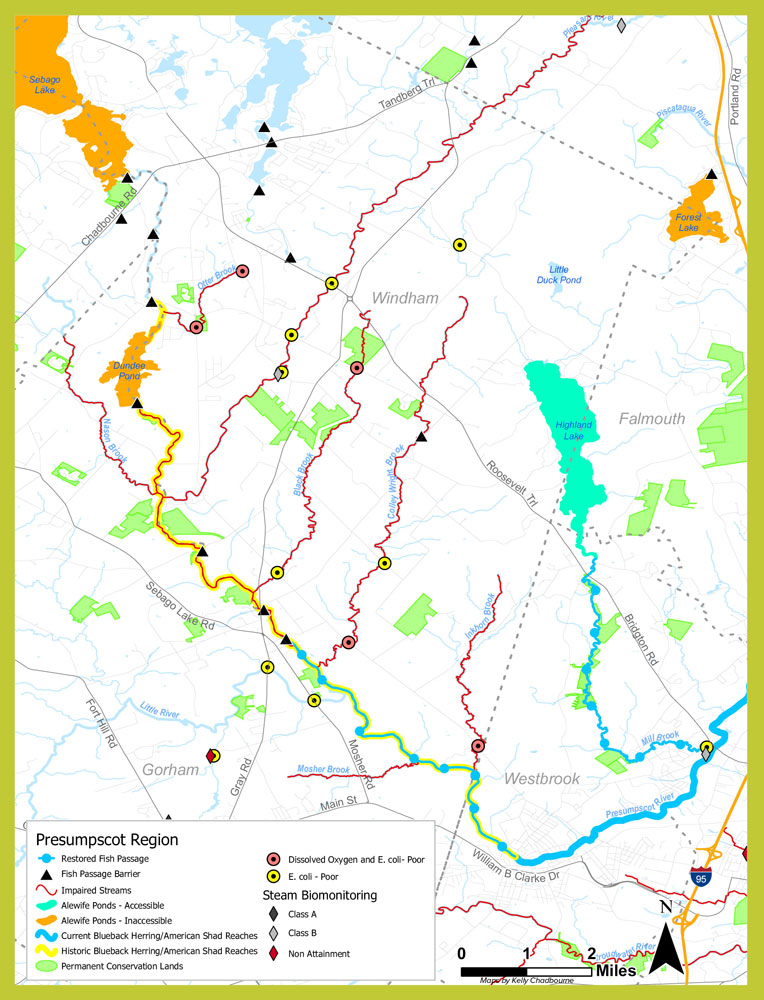 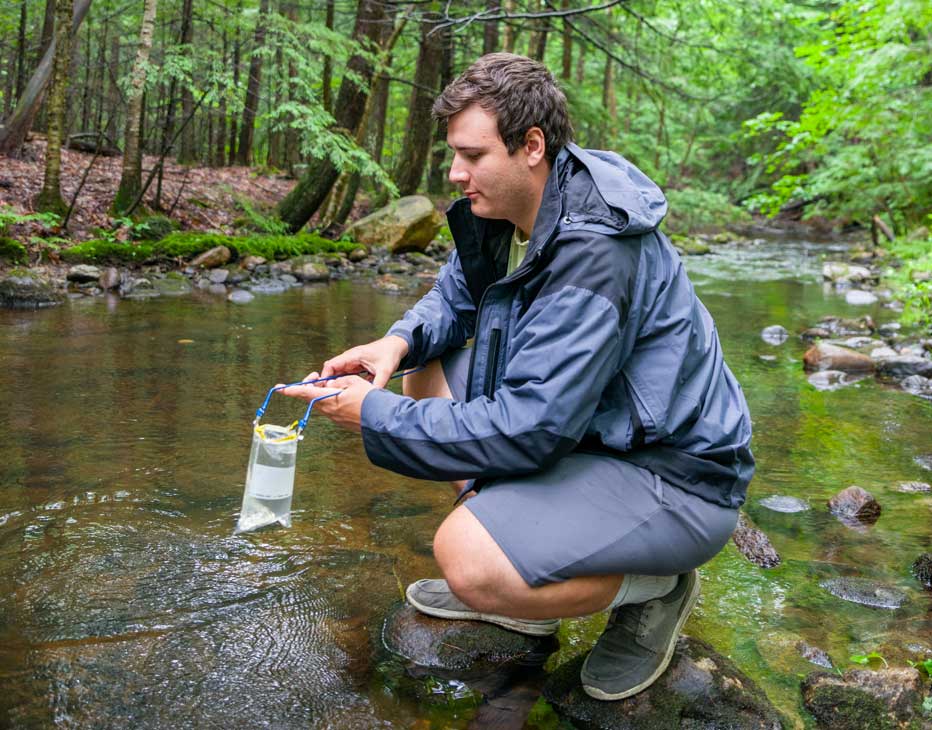 Westbrook and Windham are taking proactive steps toward climate resilience. Both communities have established a climate preparedness committee and a sustainability staff position. In Westbrook, the Environmental Improvement Corporation’s mission is “to identify, protect, preserve and improve environmental resources within the City of Westbrook” and “to balance the goal of environmental stewardship with responsible economic development within the City of Westbrook.” The responsibility of Windham’s Natural Resources Advisory Committee is to “Identify problems, recommend solutions, and propose policy goals for consideration by the Town Council which will preserve, protect and enhance the community’s natural resources.” Photo: City of Westbrook 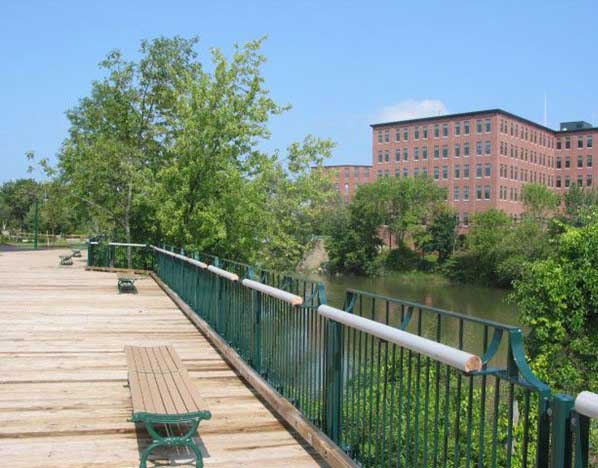 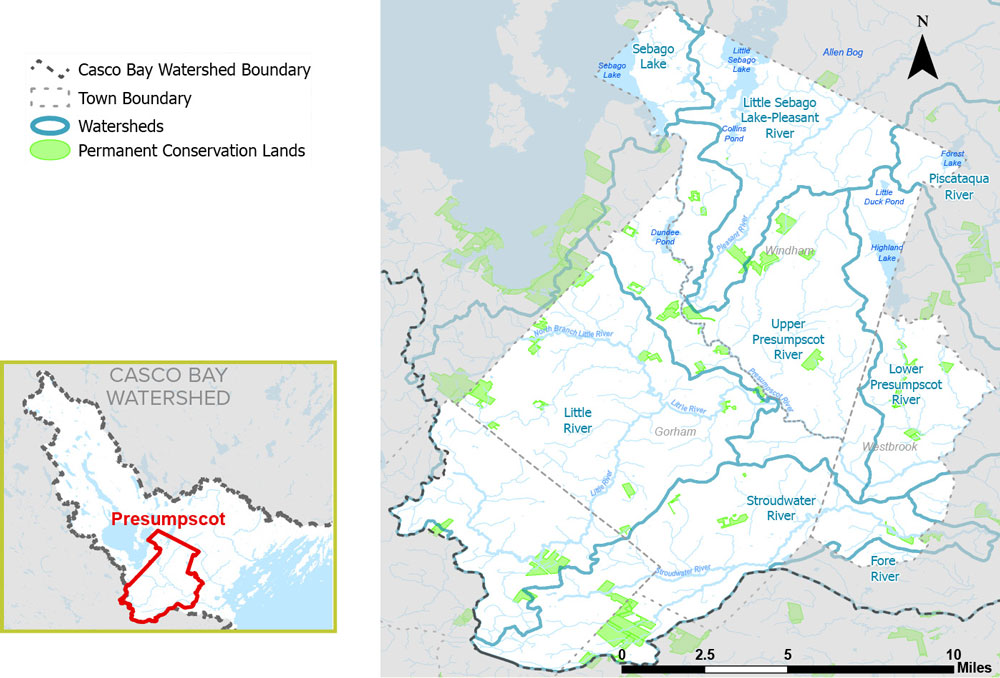 Some of the fastest growing towns in the Casco Bay watershed are in this region. As people move in, new construction leads to changes in land use that degrade water quality, but the impacts can be minimized if done with care. Local ordinances that strengthen wetland and shoreline protection over state minimums, encourage redevelopment and compact subdivisions, and require use of green infrastructure are important. Land conservation work also helps protect water quality while preserving access to open space for future generations.

Advocacy by Friends of the Presumpscot River and other partners has resulted in removal of two dams and construction of two fishways, leading to restoration of access to river herring spawning habitat and increased runs of anadromous fish. Additional barriers remain, including other mainstem dams, tributary dams, and poorly designed culverts. Restoring access to historic habitat for migratory species will take years of work, not only establishing fish passage at the sites of existing dams, but taking on smaller projects such as replacing problem culverts.

Mill Brook, a tributary of the Presumpscot River located in Westbrook, features the largest annual migration of alewives in the Casco Bay watershed. Land donations and bargain sales by area residents are protecting an entire streamside corridor of forested land that provides connected habitat as well as public access. Alewives can be seen migrating in May and June while hiking the six-mile Mill Brook Preserve trail. Protecting this land conserves ecosystem diversity within Maine’s most heavily urbanized metropolitan area.

View a PDF version of this page that can be downloaded and printed.

A. Population & Land Use

Condition of the Bay

How Is the Bay Doing?

If you would like to receive a printed State of Casco Bay report, send an email request to cbep@maine.edu.

This document has been funded by the U.S. Environmental Protection Agency under Cooperative Agreements #CE00A00348-0 and #CE00A00662-0 with the University of Southern Maine.